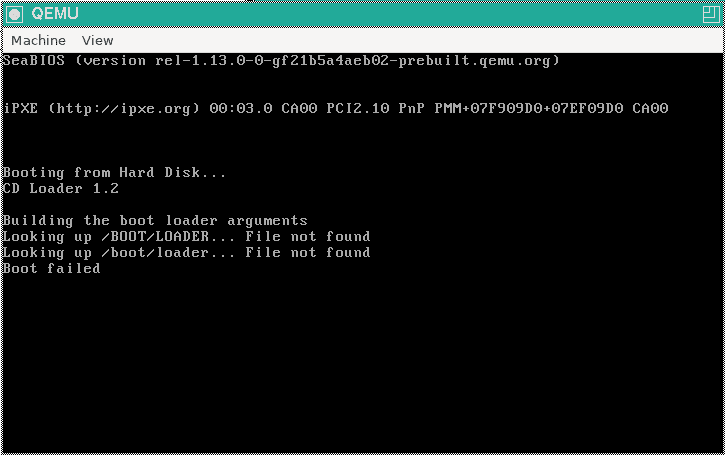 The image above represents an error I ran into while building Potabi on Sept-9, 2021. The build is currently supposed to be using the RE Base release b_1.0a-base, the files of which are listed below. 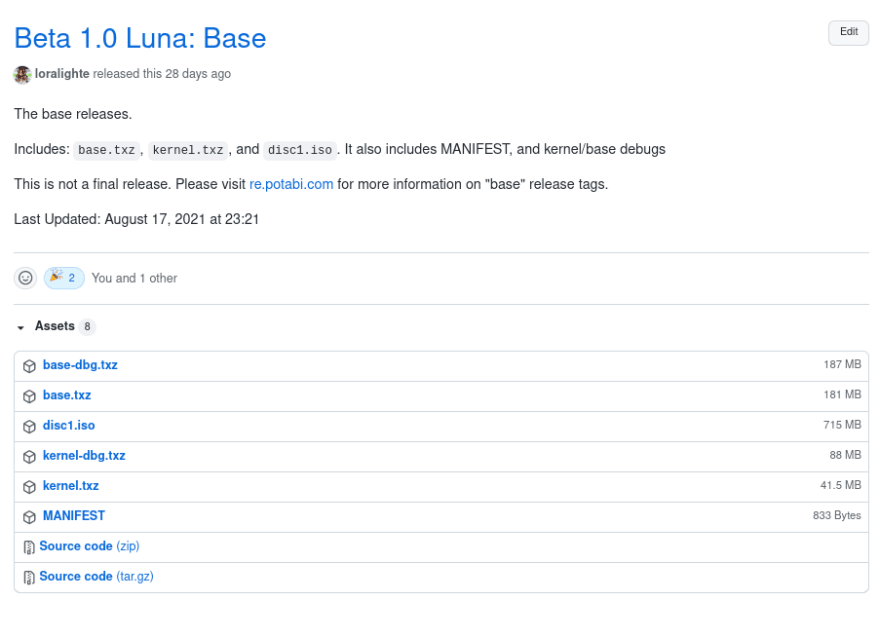 For testing purposes, I grabbed the RE Base b_1.0a-base disc1.iso file, as listed in the release. I ran it in QEMU on my personal machine, where the difference in bases between here and on the FreeBSD virtual machine being used for builds should be non-existent. Since I am coming back into development a month after I last did anything, I cannot say with any certainty that this will provide anything useful, but on The Potabi Foundation YouTube Channel, I uploaded a timelapse of this build for fun, not even trying to use it to help debug anything. It shows no issue, as far as I can tell.

Is this possibly an error with the base and kernel tarfiles themselves? Most probably, no. First, they were known to be working at some point in time at least. Second, the disc1.iso is uploaded to these base releases for these kinds of specific issues. If base or kernel are ever updated, so are all of the rest of the files at the same time, especially disc1.iso.

Running disc1.iso in a virtual machine proves with near certainty that my builds with the base and kernel tarballs should absolutely not produce an error. 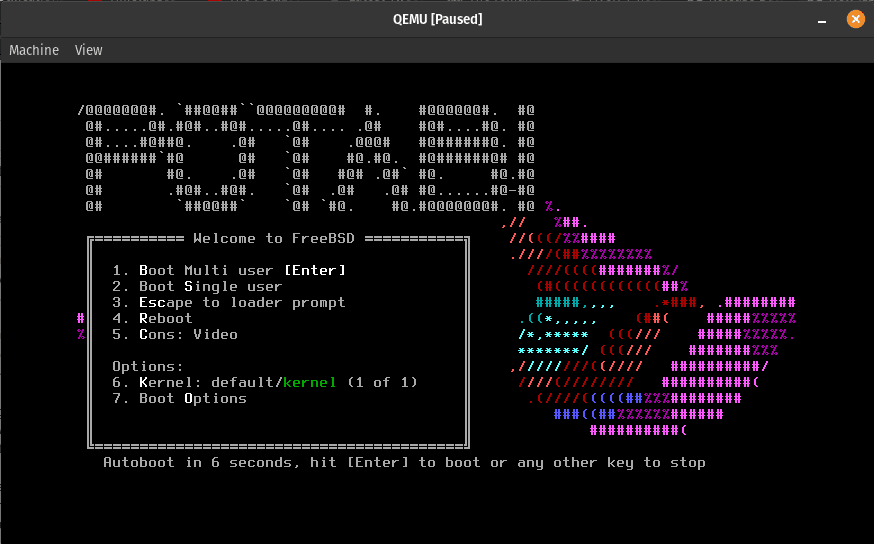 Where may the issues be? Considering everything, I have located a couple possible locations for issues.

Figuring out what went wrong, where, and why, will be important.

Popular posts from this blog

While we generally do not care for endorsing politics - it is something we have no real say in - we do have endorsements for educational beliefs and support. We strongly believe that our endorsements for candidates in our local area's school board election is important. Students need every right and ability to learn, grow, and work. That is why we are proud to publicly endorse Brian Coram and Michael Riffle for seats in the ASD20 school board elections.  Michael Riffle (Left) and Brian Coram (Right)             These two candidates stand for education above politics. I (Kai Lyons, president and founder of the Potabi Foundation) am an active student at Liberty High School in ASD20, and strongly believe that Riffle and Coram are the two obvious candidates for this election.
Read more

In Response to the Odysee Team on Their Derogatory Tweet.

December 17, 2021
On December 14th, the Odysee team - lead by the LBRY, inc. known for their harassment and disregard for professionalism - posted an announcement for job openings for Autistic workers. The Tweet is extremely derogatory in nature.    The Tweet, which reads " In Q4 we tripled the hires of women at odysee If you're autistic and want to work with hot babes check out some of the roles we're recruiting for here." This comment is unprofessional, derogatory, and borderline sexual harassment of the women who chose to work there. The comment of "wanting to work with hot babes" as the main inspiration for supporting the platform in hard work, and trying to convince autistic programmers to join the company based on a sexually degrading comment is absolutely unacceptable. The Open-Source community needs to stand against sexually harassing comments, advocating the hire of employees based on sexual exploitation. Don't use the bodies and perceived "hotness"
Read more